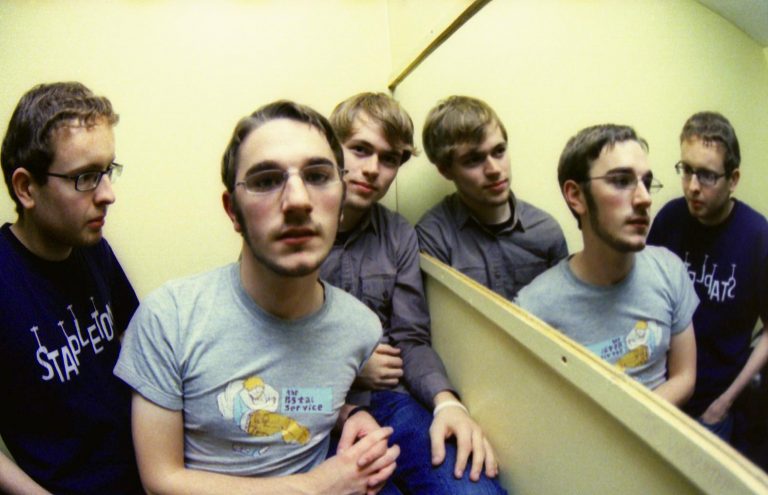 Also Find Us On:

“Now, anyone who speaks to me about Xtra Mile Recordings will always have me reminiscing fondly about Dartz!. This Is My Ship, their debut album, is such an incredible pop record, extracting just a little of the guitar histrionic DNA of the era and taming it with the danceable, rhythmic, almost funky sounds of Clor and the energy of Hot Club De Paris, and that-era Foals.

It clambers over all the intricacies though, instead boasting choruses upon choruses. They seemed so confident in terms of songwriting that one record highlight, ‘Laser Eyes’, spends a minute of gorgeous, metronomically-building guitar lines right up to the OBVIOUS ANTICIPATORY OBLIGATORY THRASHY CHORDS you wanted them to do, only to suddenly end the song.

No chorus. That’s….amazing. Meanwhile, the singles were all excellent. ‘Fantastic Apparatus’, ‘Once, Twice, Again!’, and ‘St Petersburg’ chime, churn and crescendo in similar ways but leave you in no doubt as to the diverse melodic impact of the band, and still wanting more.

It’s an album I played regularly. It’s an album I sang to, danced to, lived in for at least a year solid. It narrowly escaped being my album of 2007, which means it’s timeless, and not of its time like eventual winner Saturday Night Wrist. It wasn’t just the sound, of course.

Hidden in the simple, catchy lines – as ever within the words of my favourites – was belonging. Anxiety and slight confusion at how society seemed to be developing, wandering and wondering, intelligent yet placid or wildly imaginative, Dartz! captured my mid-twenties and the uncertain future which lay frighteningly close.

“I don’t feel exalted driving Japanese cars and I don’t see the value of roofs and paths like well-made rafts, it’s not enough to cling to,” sang William K. J. Anderson, echoing my despondency of these out-of-reach things versus deeper experience. It made so much sense to me, the collision of science, history and dancing.

Once Twice Again! captures this too: “I worry about how tall the buildings are and who built them” before guitarist-turned-drummer Philip J Maughan yells “we’ll meet in the city underneath a ne-on sign” like a battlecry.

Adrenaline floods through, as it does whenever you reach the apex of their songs.

They were not very adept at being ‘a band’, but they were excellent at making music as a band.

The band split in 2009, with their final gig getting support from Get Cape. Wear Cape. Fly., which is wholly satisfying as a narrative if not as a fan. And so it remains that This Is My Ship somehow encapsulates a time of British guitar pop for me that seemed largely fun, for itself, and enthusiastic about its somersaulting and acrobatics, its intelligence and its simplicity.

If you want the best example of that brief bygone time,This Is My Ship is that example. TTNG moved on with new singer Henry Tremain, changing their sound significantly. MMISL were no more.

Foals shifted direction dramatically. Dartz!, instead, left an almost quaint companion to their lively, city-dwelling debut. Somehow, they reflect the fears we have now about gentrification (that of estate agents appearing where venues and places to hang out should be) and the ploughing up of historical worth for high value property.

This record lives on somehow outshining a lot of what I hear now. That’s nostalgia biting again, I’m sure, as well as my willing exposure to it, but it just rings truer than almost every record of this period and quite a few of then.

It’s enjoyable, it deals with emotional and social concerns with a light touch, more interested in making you shout, dance and recall fondly.

The best thing about any record is knowing how it’s played but not knowing how it can have an effect on people, especially yourself. There’s magic in them there notes and rhythms, and the connection you have is probably one of human to communication, person to time and place, personality to reflection.

Dartz! is incredibly good for my brain, and perhaps yours too. Have a listen and decide.”

By Brad Barrett – read the full article on the Xtra Mile Recordings website. 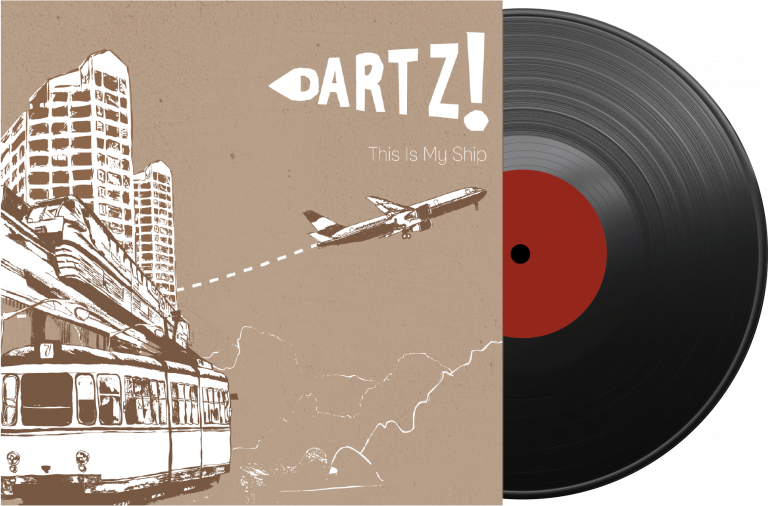